This is an excerpt from my mini-course on how to write effective copy for your homepage and about page.

You’ve set up your website. You’ve registered the perfect domain name. Your web hosting platform is highly rated. You’ve spent a lot of time on your website’s design, carefully choosing the right colors and picking a style that speaks to your brand.

You’re not sure if the words you’re writing will connect and engage with your audience.

Should you write more? Or less? Or use different words?

How can you be sure you’re making a strong first impression and quickly capturing your website visitor’s attention so they’ll want to learn more about you?

In today’s blog post, I’m sharing with you my 5-step checklist for writing captivating website copy. This is the same checklist I’ve used to write copy for my web design clients in a wide range of different industries.

Whether you’re writing words for the homepage of your author website or for your business’s about page, this checklist will help you make sure your copy will resonate with your website visitors (and that they actually read it!).

Whether you’re writing a blog post, a sales page, a short story, or even a book, you have something of value you want to share with your readers. 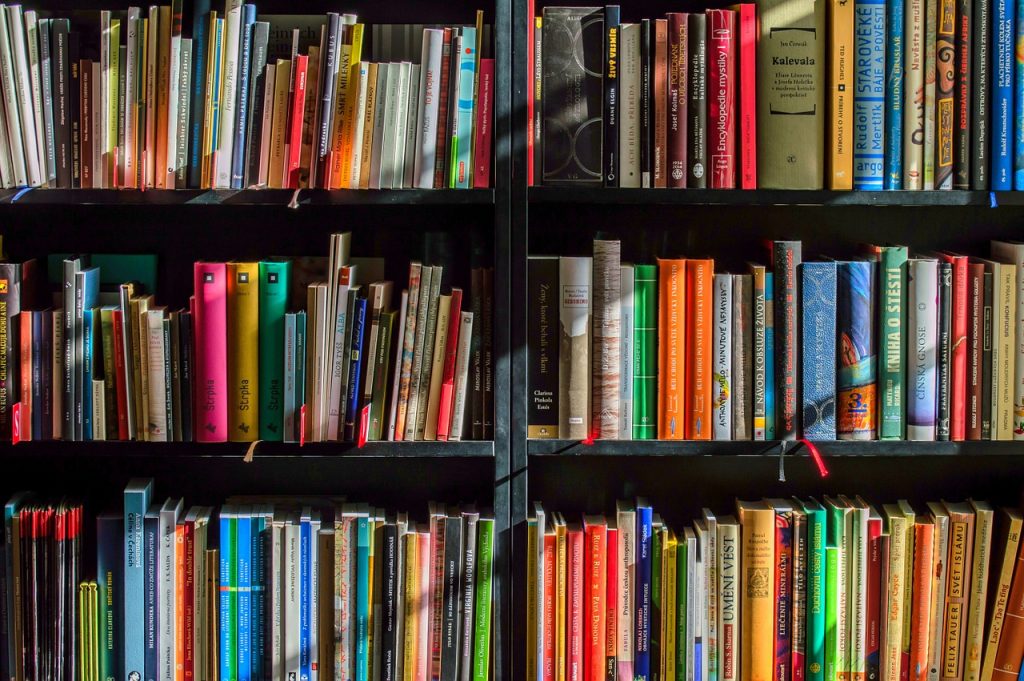 Stephen King observed in his memoir On Writing,

But in today’s article, I’m sharing twelve books that focus specifically on teaching you how to strengthen your skills as a writer and storyteller. They get into the nuts and bolts of how to structure and edit your writing so it will captivate your readers. END_OF_DOCUMENT_TOKEN_TO_BE_REPLACED

The protagonist, a detective pursuing a serial killer, has decided to investigate a basement in an abandoned house.

As she slowly descends the rickety stairs, the soundtrack softly dies. The creak of each step is magnified. The lights flicker. There’s a close-up of her face, and you can see the fear in her eyes.

You want to scream at the television “Don’t go down those stairs!” because you’re sure the murderer is lurking below.

With a combination of cinematic techniques, the director has succeeded in making your heart race. They’ve created a suspenseful atmosphere by increasing the volume of certain sounds, pulling the camera in close, and dimming the lights. END_OF_DOCUMENT_TOKEN_TO_BE_REPLACED

Cliffhanger endings have been delighting and frustrating readers ever since the 1800s.

The term “cliffhanger” was coined when Victorian author Thomas Hardy serialized the chapters of one of his novels in a newspaper.

One chapter ended in suspense with the hero hanging desperately from a cliff. Would he plunge to his death or not?

The Victorian ladies and gentlemen were probably quite flustered during their games of whist as they traded fan theories and waited impatiently to find out what was going to happen in the next chapter.

I’m sure you can probably relate to their plight. Cliffhanger endings have become a staple of TV show episodes and sometimes even appear in movies.

This year, you might have been one of the Marvel fans who flocked to see Avengers: Endgame. The previous film Avengers: Infinity War ended with a cliffhanger — the seeming victory of the film’s villain, Thanos.

Fans were left in suspense, wondering how the superheroes would manage to defeat the villain and undo all of the destruction he had caused. People were so eager to find out what was going to happen in Endgame that it became the second highest grossing movie of all time. (Shhh–no spoilers in the comments. I haven’t seen it yet.)

Something similar happened back in 2003 when Return of the King was released in theaters. The Fellowship of the Ring and The Two Towers had both ended on (you guessed it) cliffhangers, and fans rushed to see the final installment in the fantasy trilogy.

Funnily enough, back then Return of the King became the second highest grossing film of all time too.

That’s the power of a cliffhanger ending. It makes people become so invested in your work that they wait with bated breath for your next creation.

In today’s post, let’s look at how you can use the power of cliffhangers to make your writing and marketing captivate your audience too. END_OF_DOCUMENT_TOKEN_TO_BE_REPLACED

No matter whether you’re writing a sales page, a blog post, a chapter in a book, or even a speech, you want your arguments to be forceful and compelling.

Want to connect with other writers? Make sure to get your invitation to my private writing community on Facebook.

Imagine your computer keyboard has started acting up or an appliance in your house has broken. Ugh!

If you’re like me, one of the first things you do is head to Google to see if there’s a tutorial that will help you fix the problem on your own.

You scroll through the search results, and one of the articles looks promising. You click it and begin reading, hoping it will help you.

But the author starts using technical terms and jargon you don’t understand. Your head begins to swim.

You don’t finish reading and, instead, quickly click away to another article so you don’t waste any more time.

Why did the author lose your attention?

Well, those jargon words and technical terms probably made you feel like you were trudging through a bog, rather than effortlessly sliding from one sentence to the next.

Are your readers having a similar experience when they read your writing? END_OF_DOCUMENT_TOKEN_TO_BE_REPLACED

Have you ever become so engrossed in a TV show that you spend hours binge-watching the episodes? (My weakness is British murder mysteries.)

Maybe your friends told you it was an amazing show that you absolutely had to see. So when you finally have free time on a Saturday evening, you decide to put on the first episode.

At first, you’re leaning back in your chair and enjoying the show, but you have one eye on your phone as you scroll through social media. (Yes, I’m guilty of this.)

And then: Bam! The unexpected happens.

A plot twist changes everything. END_OF_DOCUMENT_TOKEN_TO_BE_REPLACED