This is a collection of the most recent personal essays and short stories I’ve written. I hope you enjoy them! If you would like to support my work, you can buy me a virtual coffee here.

These stories are true insofar as I remember the events they recount. Memories can be faulty. The dialogue and specific details of events may not be 100% accurate. But, yes, all of these stories really did happen.

The Hidden Treasure Beneath My Library 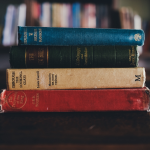 I remember the city’s public library as a vast, intimidating building with a seemingly endless series of steps ascending to three different floors.

Of course, as I was only seven, any large building felt gigantic. But I think the modernist architecture was also to blame. It imbued the library with a feeling of coldness and severity… 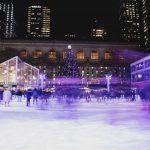 During the two-and-a-half years that I went to college in New York City, I witnessed a crime only once.

It happened one November evening in Bryant Park, the nine acres of green space tucked behind the New York Public Library…

What a Museum Security Guard Taught Me About Art 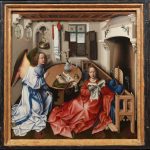 When you visit The Met Cloisters, you think you have been whisked back in time to the Middle Ages, though really you are in Fort Tryon Park in Washington Heights in Manhattan.

The rooms of The Cloisters overflow with medieval art. The gardens in spring bloom with rare medieval plants. And there is a feeling of antiquity that you can’t experience in any other building in New York, except perhaps when standing in the solemn Egyptian Temple of Dendur at the Metropolitan Museum of Art…

The Trumpet – published in The Junction 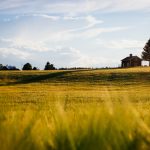 Little Emmy knew just what she was going to get old Pop Wilson for his birthday: a bright shiny trumpet, just like the one he always talked about having back when he lived in the city.

It was a long, sad story Pop loved to tell — his shiny trumpet and the cramped apartment and a young wife and two twin baby girls and not enough money to go around with so many mouths to feed.

Oh, yessir, with a few more years, he might have made a name for himself with that trumpet. He might have had a chance with that slick new sound he was inventing, but there wasn’t enough time…

A Flock of One Hundred Birds 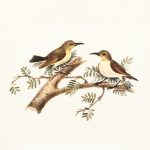 If it hadn’t been for the war, he might never have met her. It happened on one of those nightmarish evenings when above ground the city rocked with bombs while below ground crowds of people huddled together in subway stations converted into air raid shelters.

He stood alone in the wavering electric light and scanned the surrounding faces. His eyes searched for a friendly one that would allow him to exchange a few words and forget the worry that his apartment building might soon be replaced by a giant crater. Then he saw her. 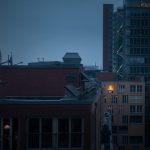 Anna had almost left the stall without recognizing the fruits. They seemed smaller and their color not as vivid as the ones she remembered eating when she was a child, over seventy years ago.

But then she saw the sign with the well-remembered name, and she picked up one of the pale blue fruits in her hand. “How can it be?” she asked the fruit seller. “How did they come all the way from the island?”… 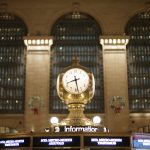 Laura did not notice the diamond was missing until the subway reached 42nd street. She had been playing with the engagement ring, twirling it back and forth around her finger, while she tried not to stare at the other passengers. When the subway stopped at the station platform, she jumped to her feet and bent down to collect her two shopping bags. It was then that she saw the ring’s empty prongs…

The Commute – flash fiction, published in The Junction 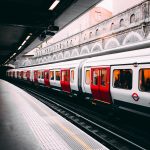 You are alone when you board the train, alone as you walk down the aisle searching for a seat, alone as you tip slightly when the crowded train car sways, alone when you jerk open the heavy door to the next car, alone despite the line of impatient people waiting behind you.

Here is a seat at last next to a young woman, perhaps in her thirties, whose eyes you will never know the color of because she stares out the window and never turns towards you… [Read the Rest]