It’s a Thursday afternoon, and I’m teaching a group of restless sixth graders some of the finer points of English grammar. As you can probably guess, this isn’t the easiest task in the world.

Several of the students are beginning to whisper back and forth to each other and laugh under their breath. Two others are absorbed in drawing pictures on their worksheets. Another looks like he’s about to fall asleep. I realize I only have a few minutes before I lose complete control of the class.

“Okay,” I say in a loud voice. “For example…” I pick up a marker and begin drawing a stick figure on the whiteboard. “Let’s look at some sentences about Bob. He’s going to help us see when we should and should not use commas in our sentences.”

My illustration on the whiteboard is far from a masterpiece. In fact, my tutoring students are laughing at it. But they’re also sitting up straight in their chairs now and all eyes are on me.

As I write sentences on the board accompanied by funny illustrations of Bob, the kids are eagerly calling out answers to my questions. All I had to do was use the two words, “For example” and come up with stories to illustrate the grammar rules, and I’ve captured their attention once again.

And these two words can work like magic in your writing too.

Any time you’re discussing an abstract or complicated concept, your readers’ attention begins to wane. The technical terms you’re using slow the rhythm of your writing to a snail’s pace. Your readers begin to struggle to understand what you’re trying to explain and might give up on finishing your article or blog post.

After all, no one enjoys reading an article that sounds like it came out of a dense textbook.

But by using the words “for example” and coming up with a clever story to illustrate the complex concept, you’re able to drag your writing down out of the clouds into the real world. Your readers are able to visualize your concept, and you’re no longer boring them to death.

That’s because stories engage a person’s brain far more powerfully than data and abstract language can. This article in The New York Times explains,

Researchers have long known that the ‘classical’ language regions, like Broca’s area and Wernicke’s area, are involved in how the brain interprets written words. What scientists have come to realize in the last few years is that narratives activate many other parts of our brains as well.

Essentially, when you start telling a story, your reader’s brain snaps to attention and becomes re-engaged in your writing. The more detailed and descriptive the language you use, the better. Click To Tweet

Ultimately, your stories will not only make your writing more engaging and easier to understand, but they will also make your writing more memorable. According to this article in Forbes, “Cognitive psychologist Jerome Bruner suggests we are 22 times more likely to remember a fact when it has been wrapped in a story.”

That’s why New York Times best-selling author Malcolm Gladwell peppers his non-fiction books with compelling stories that show the practical application of his theories. He employs this technique so well that some critics have accused him of oversimplifying the phenomena he explains.

How to Use This Technique in Your Own Writing

So, how can you use the words “for example” in your own writing?

I recommend looking through your writing for paragraphs that are dense or abstract or very technical. Anywhere that it’s possible to include a specific example, include it.

Let’s say, for example (!!), you wrote a sentence like this,

According to a study published in the European Journal of Social Psychology, it takes about 66 days for an activity to become automatic, and anywhere from 18 days to 254 for it to become a habit.

How could you illustrate that with a story? Here’s a possible beginning to a story:

That means, for example, that if I want to develop the habit of working out every day, it’s not enough for me to just make a New Year’s resolution or buy a membership to a swanky gym. Instead, I have to be intentional about making working out part of my daily routine, maybe by attempting a 30-day challenge.

Here’s another example of a paragraph that explains a technical concept with a very brief and simple illustration:

As you saw in the above paragraphs, you can make the phrase “for example” even more powerful by attaching it to action words.

For example (there are those words again!), you might write,

Eventually, as it becomes second nature for you to include stories to illustrate your points, you might be able to jump straight into the story without using the words “for example.”

You might even find out that you don’t need the dense, complex part of your paragraph and can just replace it with a story.

Further, you can use the “for example” exercise to eliminate vague, bland sentences from your writing. For example (yes, I used those words again), instead of writing, “Some days I feel blocked and uninspired and don’t know what to write about”, you could tell a story:

It’s 7:00 in the morning. I woke up extra early so I could have a few hours of uninterrupted writing time before heading to work. All the writing pros say that writing early in the morning is a magical experience. But all I’ve managed to accomplish in the last half hour is rewrite the same paragraph about a hundred times before deleting it entirely.

See how the second version is so much more compelling than the first one?

(Read my article here for more tips on how to write compelling blog posts.)

Soviet leader Joseph Stalin is said to have once stated,

When one man dies, it’s a tragedy. When thousands die, it’s statistics.

It’s a harsh statement, but it does hold a grain of truth. Large numbers and generalizations do not act on our emotions the same way a vivid story about individuals does.

That’s why an article about finding a cure for Alzheimer’s with stories of Alzheimer’s sufferers and their families is far more powerful than one that only quotes studies and statistics. Those stories will impact your readers more than any study or stat could.

By using the “for example” technique and incorporating stories with specific details into your writing, you make your writing come alive.

How will you use the “for example” technique to make your writing more engaging and captivating? Let me know in the comments. 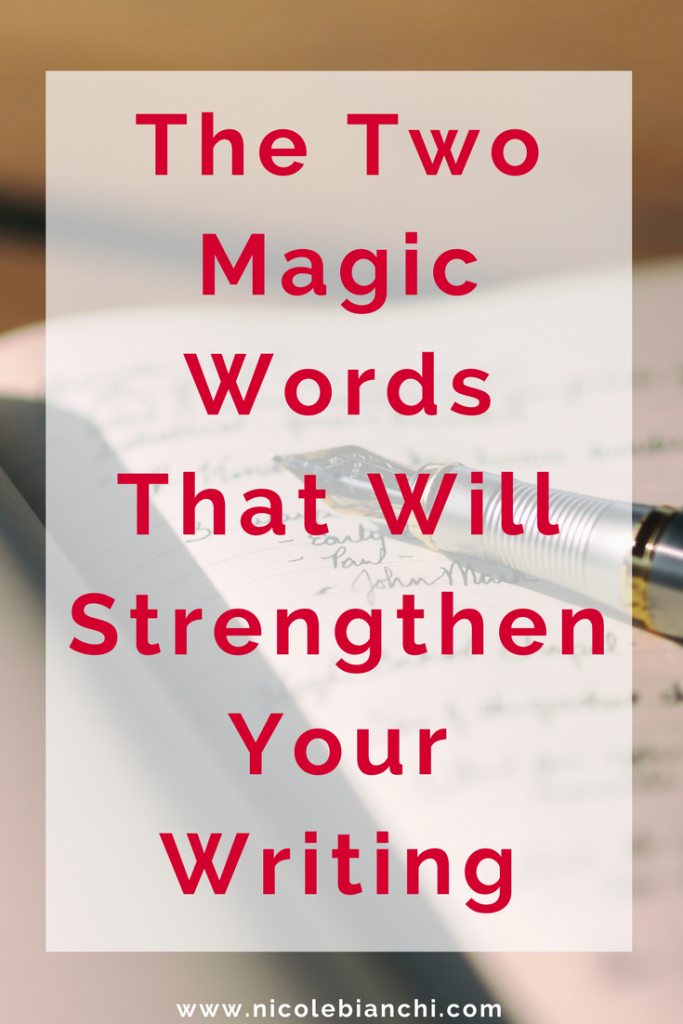