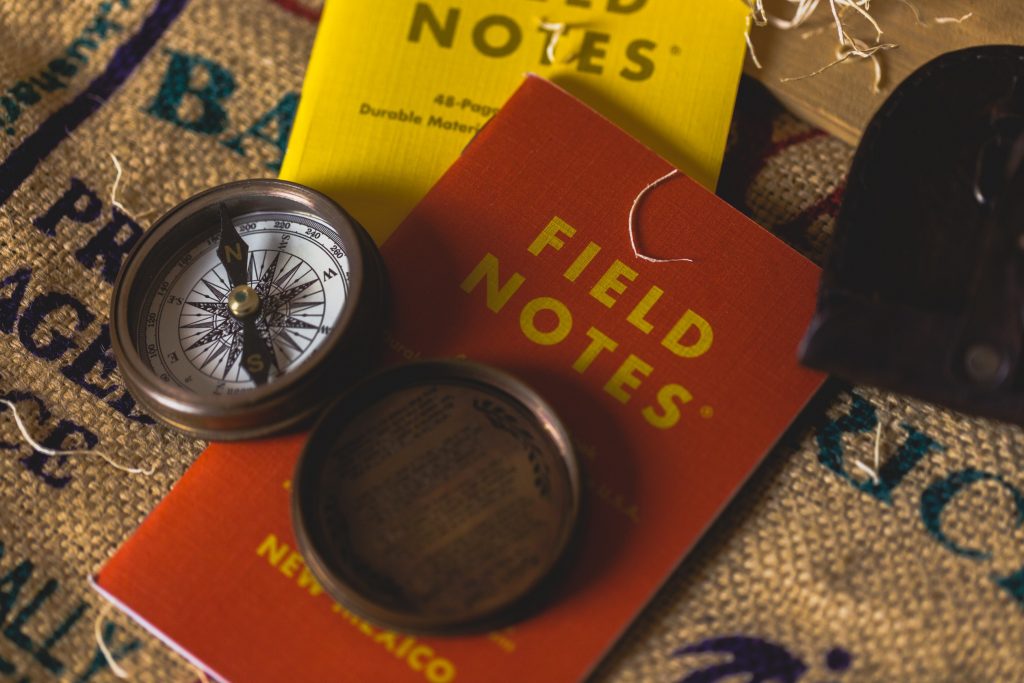 Hey, friends! Last August, I wrote up a recap of the month and thought it was a fun way to keep you updated on projects I’m working on as well as a way to share books I’ve recently read or movies I’ve watched that I thought you might enjoy.

Unfortunately, I didn’t manage to write any more monthly recaps in 2019, but I thought, “Why not try to revive it this year?” If you like this format and would like to see future posts like this, let me know in the comments.

Without further ado, here are some highlights of what I wrote, what I read, and what I watched this past month:

What I’ve been writing…

I published four articles here on the blog in January:

Medium recently updated the way they calculate earnings, and it seems they’re not paying out as much as they used to in the past. But it’s still a nice side-hustle for writers, especially if you publish several times a week rather than once a week like I am doing.

You can also continue to earn money even if you don’t publish anything new each month. I helped one of my writing students set up a Medium account last year, and he published several articles. Even though he didn’t write anything new in January, he still made $174 from his old articles. Pretty cool, right?

So check out Medium if you haven’t already. It’s a fantastic confidence boost for writers to get paid for their work. And you can also use Medium to grow your email list. 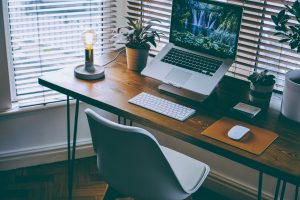 Back in October, I released a new copywriting course: Write a Captivating Homepage and About Page.

I’ve loved hearing how this course has helped students take their website copy to the next level. Valerie Day wrote,

Something didn’t feel right about my website copy, but it wasn’t until I took Nicole’s course that I could actually see what was missing. Her teaching is clear, concise, and inspiring. I’m confident that visitors to my site will now come away knowing who I am, and how I can help them. Highly recommend!

This January, I’ve been working on a new mini-course. I’ll be sharing more about that soon.

I’ve written in the past about how I was working on the plot of a middle-grade novel. Well, I finally started writing the first draft!

In January, I wrapped up the first act, and I hope to have the second act finished this month. I have this quote from Hemingway above my daily to-do list to encourage me:

Once you are into the novel it is as cowardly to worry about whether you can go on to the next day as to worry about having to go into inevitable action. You have to go on. So there is no sense to worry… As soon as you start to think about it, stop it. Think about something else. You have to learn that to write a novel. The hard part about a novel is to finish it.

Have you written a novel? Feel free to send me your tips and encouragement.

In addition to the novel, I also started working on a short story in January, but I haven’t finished it yet. I hope to have a new short fiction or memoir piece to share with you soon.

I did collect all of my recently published memoir essays and short stories on this “stories & essays” page of my website. If you’d like to re-read one or if you’ve never read any of them before, enjoy!

What I’ve been reading…

(Please note that links to books or movies on Amazon might be affiliate links which means I’ll earn a small commission if you buy through the link with no extra cost to you. Thank you for your support!)

I read three books in January: 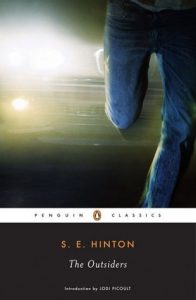 1. The Outsiders. I kept coming across this book on lists of must-reads and authors’ childhood favorites. It’s an iconic novel that I somehow never read until now. The author, S. E. Hinton, was only about sixteen when she wrote it, and it’s credited as starting the young adult genre.

It was interesting to read with that in mind and some parts were fairly entertaining, but I am afraid that the story didn’t wow me in the way I’d thought it would. Maybe I needed to read it when I was still a teenager. It tells the story of two rival gangs in Tulsa, Oklahoma – the working class “greasers” and upper class “socs”. Have you read this book? What did you think? 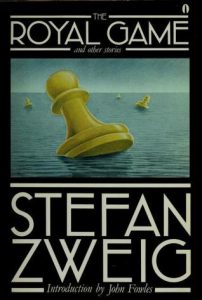 2. Chess Story (also known as The Royal Game). This is a very short novella (it almost felt like a short story) by Austrian-Jewish writer Stefan Zweig. It was originally written in German, and I read the French translation, Le joueur d’échecs. I’d been looking for a book to read to practice my French.

It turned out to be a gripping story revolving around a showdown between two chess “masters” with very different backgrounds. Tragically, Zweig sent this book off to his publisher in 1942 only several days before he committed suicide. He was living in exile in Brazil and despairing over the fate of Europe in the grip of the Nazis. Thus, the novella on a deeper level reveals Zweig’s critique of the Nazis and Europe’s response. Recommended if you like thought-provoking short stories. 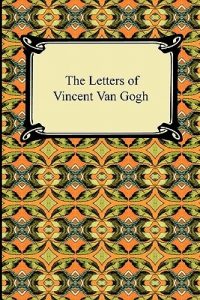 3. Letters of Vincent Van Gogh. There seem to be lots of different collections of Van Gogh’s letters. The edition I borrowed from my library was an eBook about 94 pages long with a selection of Van Gogh’s letters to his brother and friends. The letters touch on his creative process and the artistic struggles that he faced.

I was surprised at how eloquent many of the letters were. Van Gogh should have written memoir essays or short stories! His artistic sense allowed him to describe the natural world so beautifully. It made me want to take up painting so I too would be able to write such wonderful descriptions. If you are a fan of Van Gogh’s art like me (I’ll never forget seeing The Starry Night in person at the Museum of Modern Art), I definitely recommend perusing several of his letters. You can read them for free online here.

It must be good to die in the knowledge that one has done some truthful work and to know that, as a result, one will live in the memory of at least a few and leave a good example for those who come after. A work that is good may not last forever, but the thought expressed by it will, and the work itself will surely survive for a very long time, and those who come later can do no better than follow in the footsteps of such predecessors and copy their example.

I also enjoy reading through the Bible each year so I started that again in January. If you’re interested in doing the same, I recommend checking out the free reading plans at biblegateway.com. They offer many different translations of the Bible.

What I’ve been watching…

I watched a lot of movies and TV shows in January. Three that I enjoyed were The Aeronauts, Hunt for the Wilderpeople, and Ken Burns’s Jazz documentary. 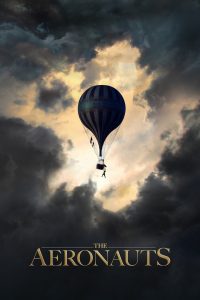 1. The Aeronauts tells the story of a pioneering meteorologist (played by Eddie Redmayne) and a gas balloon pilot (played by Felicity Jones) in the 1860s, who attempt to fly higher than anyone at that time in history. It was a fun, visually stunning, family-friendly film though I was disappointed that it was promoted as a true story. While Eddie Redmayne portrays the real-life scientist James Glaisher, Felicity Jone’s character replaces Glaisher’s actual flight partner, Henry Coxwell.

It felt rather misleading, even though there were intrepid female balloon pilots back then. I wish that the writers of the film had just made the entire story fictional and said it was inspired by true events. This got me thinking about historical fiction. What is the line between fiction and truth when you’re portraying historical characters? 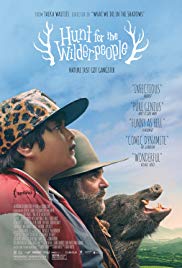 2. Hunt for the Wilderpeople is a 2016 film written and directed by Taika Waititi. Waititi won Best Adapted Screenplay at the Oscars this year for his film Jojo Rabbit (I haven’t yet seen it though I want to now after seeing this film).

Wilderpeople tells the story of a young boy, Ricky Baker, (played by Julian Dennison) and his foster uncle (played by Sam Neill) who flee into the New Zealand Bush when the authorities want to send Ricky to a new home. It was a hilarious, heart-warming film with a Wes-Anderson type feel. Definitely watch it if you haven’t already. 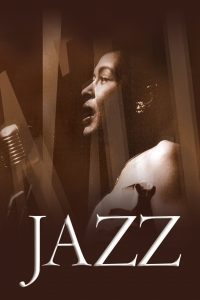 3. Jazz is a fascinating, beautifully written documentary about the history of this uniquely American art form from its origins in blues and ragtime through swing, bebop, and fusion. I haven’t finished watching this series yet as there are ten episodes and each is about two hours long, but I’ve enjoyed what I’ve watched so far.

I love how the documentary relates the history of jazz and the stories of the musicians in a way that you also learn a lot about the history of the nation at the time. And I’ve also loved discovering new music and artists since I hadn’t listened to a lot of jazz before viewing this series. If you want to broaden your knowledge as a writer and find new ideas for stories and articles, I definitely recommend watching documentaries.

And speaking of documentaries…

Short documentary about the life of Beverly Cleary

I also came across this wonderful short documentary about award-winning children’s author, Beverly Cleary. She was 99-years-old when she appeared in the interviews for this film (she’s now 103)! Cleary’s birthday, April 12, is celebrated nation-wide as D.E.A.R. (Drop Everything and Read) Day. So fun.

I expected to write about the maturing of a sensitive female, and I sat down, and I waited and waited, and no ideas came. And I thought about the little boy in the Yacima public library who, facing me rather ferociously, once said, ‘Where are the books about kids like us?’ And it changed my whole attitude.

And that’s it! I hope you enjoyed reading. Let me know in the comments if you have any book or movie recommendations to share. Wishing you much success with your writing projects this February! God bless.