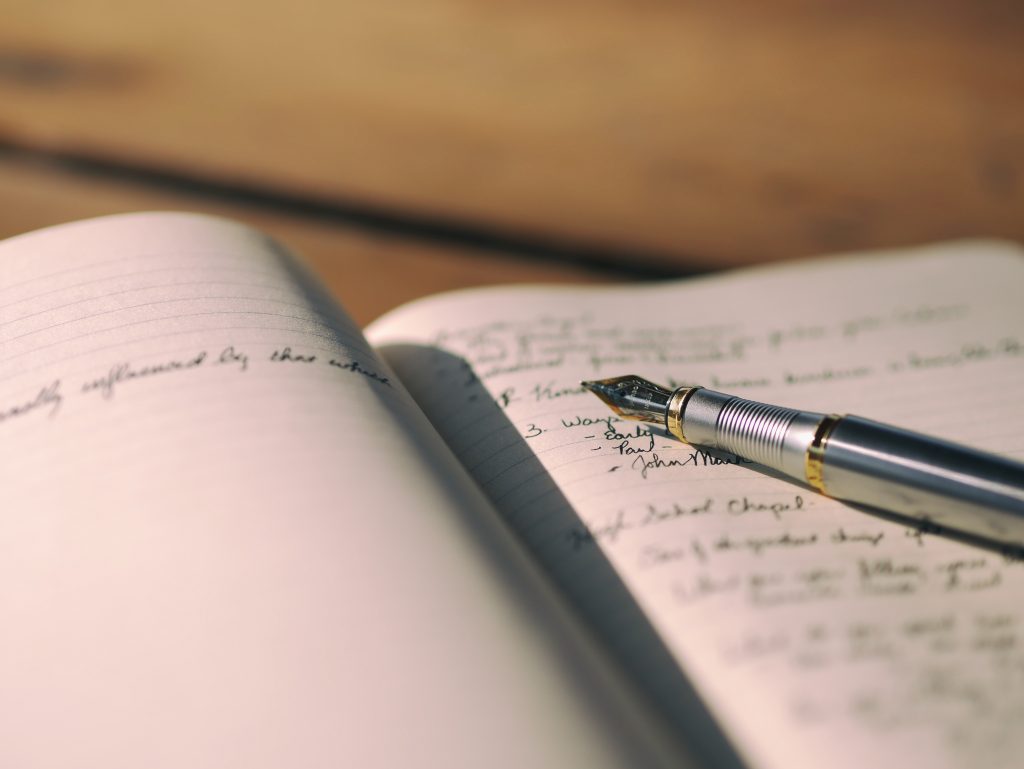 A story idea suddenly appears in your head with a complete beginning, middle, and end. You sit down to write, and the words flow freely. It’s as if the story is typing itself.

How often do you experience that kind of burst of incredible inspiration?

I’m guessing that probably doesn’t happen to you very often. (If it does, I am incredibly envious of your superpower.)

However, for the majority of us writers, the Muse is more like a grouchy hibernating bear who refuses to leave its cave. If we wait for her to drop in on us before we start writing, we probably would only end up with a handful of words every year.

In Jack London’s 1905 essay on how to become a published writer, he wisely observed, “Don’t loaf and invite inspiration; light out after it with a club, and if you don’t get it you will nonetheless get something that looks remarkably like it.”

London believed that writing daily was the best way to rouse the sleeping Muse. He advised in his essay, “Set yourself a ‘stint,’ and see that you do that ‘stint’ each day; you will have more words to your credit at the end of the year.”

However, implementing a daily writing habit is hard work, and even when we show up at the computer, the words might still refuse to come.

We need a way to lure the Muse out of the cave, and one of the best ways to do that is with a writing ritual. Read on to discover how several famous writers used writing rituals to spark inspiration and how you too can design a powerful writing ritual to achieve your daily writing goals.

What is a Writing Ritual? 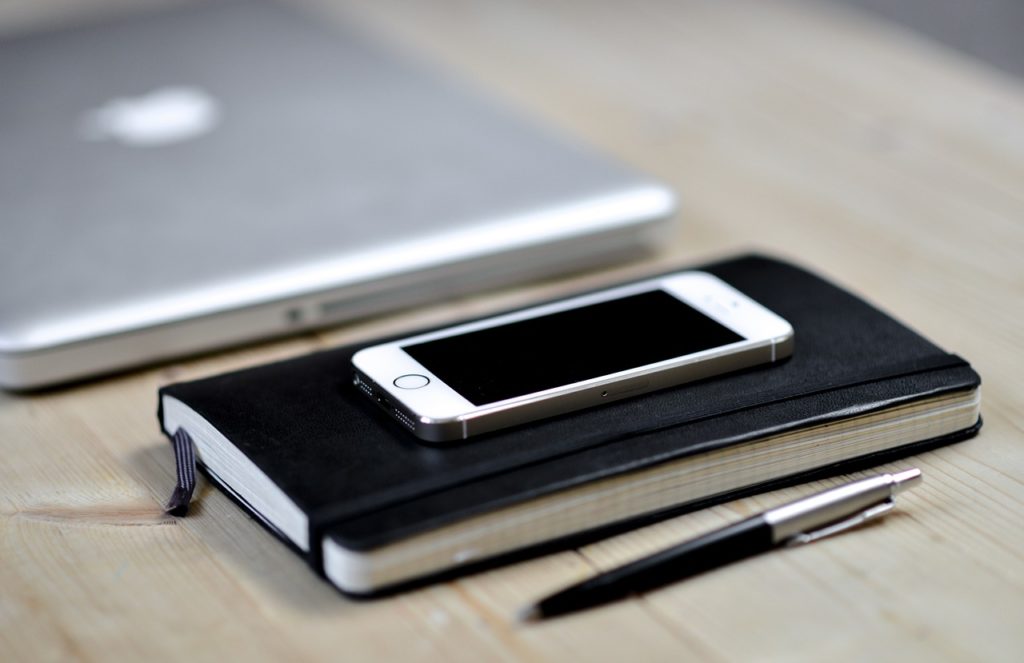 A writing ritual is a set sequence of actions that you perform before you sit down to write. It could be as simple as making a cup of tea or playing one of your favorite music CDs.

Stephen King described his writing process in this way:

There are certain things I do if I sit down to write…I have a glass of water or a cup of tea. There’s a certain time I sit down, from 8:00 to 8:30, somewhere within that half hour every morning…I have my vitamin pill and my music, sit in the same seat, and the papers are all arranged in the same places. The cumulative purpose of doing these things the same way every day seems to be a way of saying to the mind, you’re going to be dreaming soon.

In an interview, Jack Kerouac admitted that he also implemented writing rituals,

I had a ritual once of lighting a candle and writing by its light and blowing it out when I was done for the night … also kneeling and praying before starting (I got that from a French movie about George Frideric Handel).

For Neil Gaiman, his ritual involves writing by hand and using a particular pen,

I try to change my superstitions with each project. Working in fountain pen is good because it slows me down just enough to keep my handwriting legible. Often I use two pens with different coloured ink, so I can tell visually how much I did each day.

Toni Morrison also believes in the power of writing rituals:

Recently I was talking to a writer who described something she did whenever she moved to her writing table. I don’t remember exactly what the gesture was—there is something on her desk that she touches before she hits the computer keyboard—but we began to talk about little rituals that one goes through before beginning to write.

I, at first, thought I didn’t have a ritual, but then I remembered that I always get up and make a cup of coffee while it is still dark—it must be dark—and then I drink the coffee and watch the light come. And she said, Well, that’s a ritual. And I realized that for me this ritual comprises my preparation to enter a space that I can only call nonsecular…

Writers all devise ways to approach that place where they expect to make the contact, where they become the conduit, or where they engage in this mysterious process. For me, light is the signal in the transition. It’s not being in the light, it’s being there before it arrives. It enables me, in some sense.

In a nutshell, writing rituals are a way of baiting the Muse. They help us mentally prepare ourselves to start writing and are one of the essential steps to forming a daily writing habit.

How Rituals Help Us Form a Daily Writing Habit 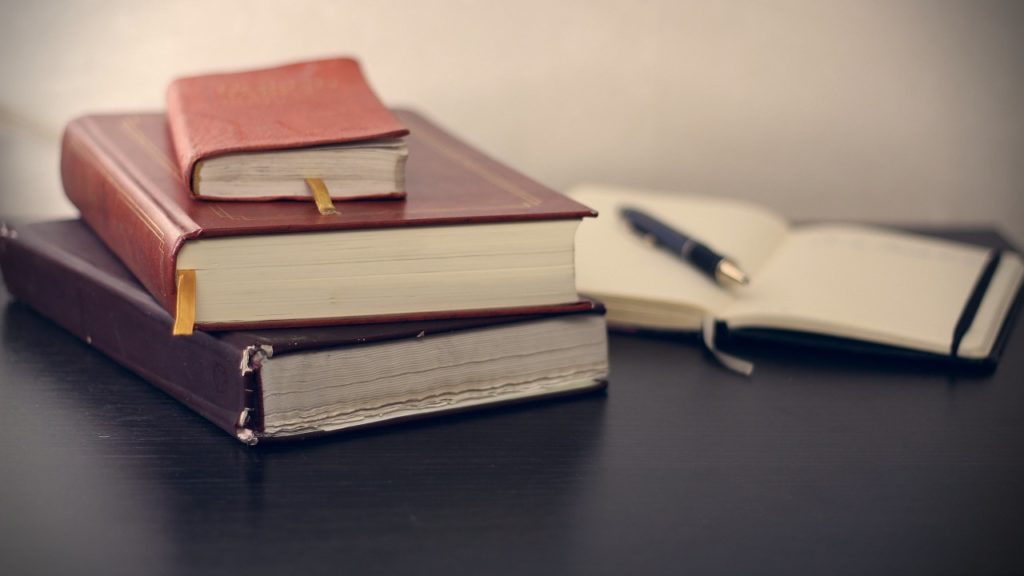 In his book The Power of Habit, Pulitzer Prize–winning business reporter Charles Duhigg reveals the important three-step process to forming a habit:

First, there is a cue, a trigger that tells your brain to go into automatic mode and which habit to use. Then there is the routine, which can be physical or mental or emotional. Finally, there is a reward, which helps your brain figure out if this particular loop is worth remembering for the future. Over time, this loop…becomes more and more automatic. The cue and reward become intertwined until a powerful sense of anticipation and craving emerges.

A writing ritual, then, could be seen as a cue. For example, by lighting his candle before each writing session, Kerouac was training his brain to associate the candle with the act of writing. Whenever the candle was lit, his brain would switch into writing mode.

However, it took time before the brain linked the action of lighting a candle to the creative process of writing. Kerouac needed to consistently implement his ritual each day.

Haruki Murakami notes the importance of following the same writing routine day in and day out,

When I’m in writing mode for a novel, I get up at 4:00 am and work for five to six hours. In the afternoon, I run for 10km or swim for 1500m (or do both), then I read a bit and listen to some music. I go to bed at 9:00 pm. I keep to this routine every day without variation. The repetition itself becomes the important thing; it’s a form of mesmerism. I mesmerize myself to reach a deeper state of mind.

The Takeaway: How to Design Your Own Writing Ritual 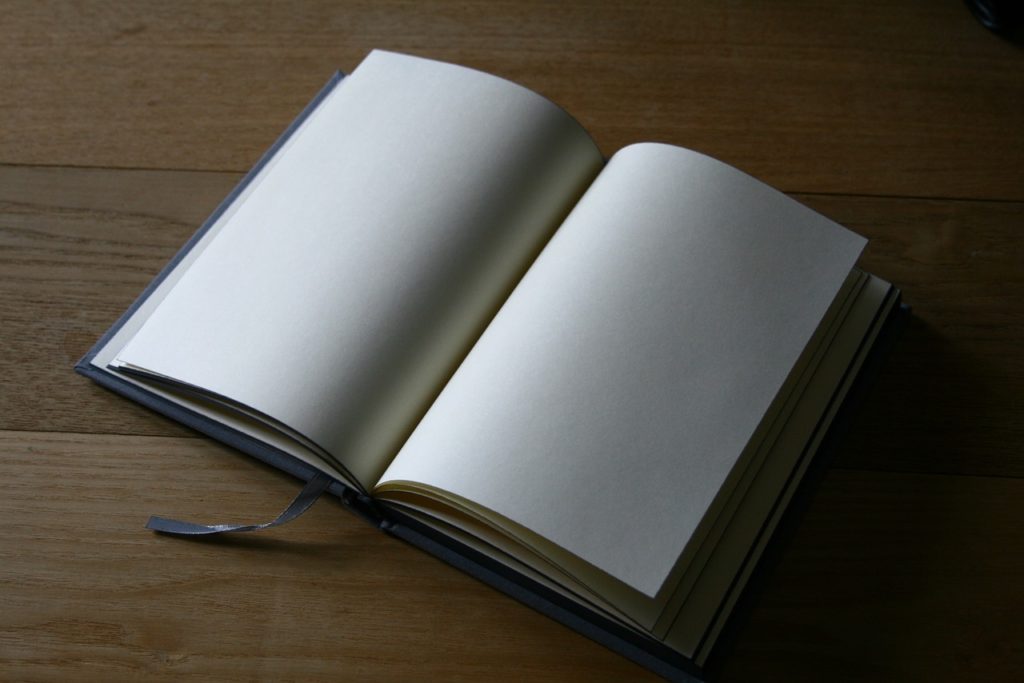 Ultimately, writing rituals help us nurture habits that are essential to our creativity. As Flannery O’Connor wrote in a letter,

I’m a full-time believer in writing habits…You may be able to do without them if you have genius but most of us only have talent and this is simply something that has to be assisted all the time by physical and mental habits or it dries up and blows away.

So how do you go about designing a writing ritual that will assist the creative side of your brain? First, you need to consider what sort of actions and environment help you prepare yourself to write.

In my case, when I write fiction, I like to spend a little time beforehand tidying up my writing space. This helps put me in the frame of mind that I am going to begin working productively. I try to write at the same time in the same room every evening, and I’ll play the same CD as well (thus, that music becomes associated with my writing time). When writing nonfiction, I don’t have a set time when I write, but I do like to use a timer to sharpen my focus, as Anthony Trollope did.

Of course, everyone’s writing ritual will be unique to them. Toni Morrison gives this advice for determining what kind of ritual you should implement,

I tell my students one of the most important things they need to know is when they are their best, creatively. They need to ask themselves, What does the ideal room look like? Is there music? Is there silence? Is there chaos outside or is there serenity outside? What do I need in order to release my imagination?

Essentially, we must create a climate and a series of actions that encourage the brain to show up to write each day. Only in that way will the Muse see we are serious about our craft. Steven Pressfield writes in The War of Art,

This is the other secret that real artists know and wannabe writers don’t. When we sit down each day and do our work, power concentrates around us. The Muse takes note of our dedication. She approves. We have earned favor in her sight. When we sit down and work, we become like a magnetized rod that attracts iron filings. Ideas come. Insights accrete. 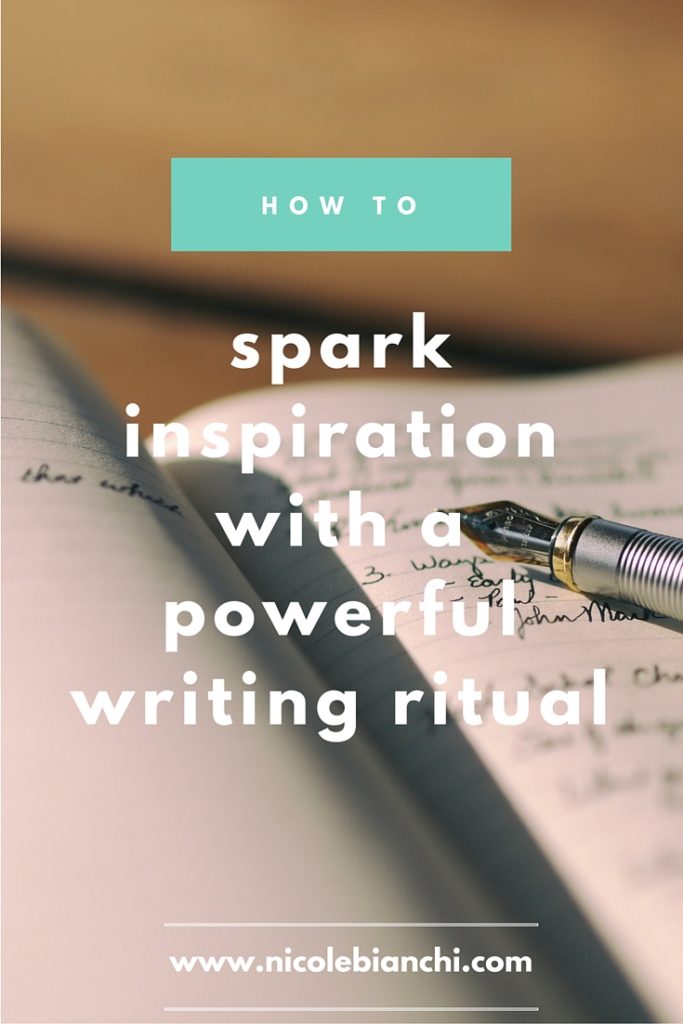