Do you struggle with fear as a writer?

Fear that your writing isn’t good enough? That people will criticize what you write? That you’ll write one good story and then never be able to write anything else?

Fears like these can feel overwhelming and make you think that maybe you should just give up on writing. It’s easy to imagine that the greatest writers confidently showed up each day at their typewriters, words flowing effortlessly from their fingers.

But that’s not true. Even the greatest writers are not immune to fear and self-doubt.

Nobel laureate John Steinbeck was one famous writer who wrestled with insecurity and severe anxiety throughout his entire writing career. But he didn’t let those fears defeat him.

Read on to discover his invaluable advice for how to confront your writing fears.

On March 8, 1962 John Steinbeck wrote a letter to Edith Mirrielees, his former creative writing professor at Stanford University. Steinbeck had studied English Literature at Stanford but never completed his degree.

In the letter, he reminisces over his college years and his time in Mirrielees’s story writing class. He had shown up to the class with the hope that Mirrielees would reveal a formula for writing good short stories.

However, this hope was soon dashed. He writes,

…Although it must be a thousand years ago that I sat in your class in story writing at Stanford, I remember the experience very clearly. I was bright-eyed and bushy-brained and prepared to absorb from you the secret formula for writing good short stories, even great short stories.

Mirrielees was giving her students a dose of reality. There was no magic formula to follow that would result in a prize-winning story in one go. Rather, writing was a journey of blood, toil, tears, and sweat.

At the time, Steinbeck was not prepared to hear that. He writes,

The basic rule you gave us was simple and heartbreaking. A story to be effective had to convey something from writer to reader and the power of its offering was the measure of its excellence. Outside of that, you said, there were no rules. A story could be about anything and could use any means and technique at all—so long as it was effective.

Steinbeck soon realized that nearly all of his stories did not measure up to Mirrielees’s rule. This greatly discouraged him. He observes,

So there went the magic formula, the secret ingredient. With no more than that you set us on the desolate lonely path of the writer. And we must have turned in some abysmally bad stories. If I had expected to be discovered in a full bloom of excellence, the grades you gave my efforts quickly disillusioned me. And if I felt unjustly criticized, the judgments of editors for many years afterwards upheld your side, not mine.

Steinbeck began to doubt his skills as a writer. The struggle to transfer one’s emotions onto paper can be exhausting and fraught with fear. He laments,

It seemed unfair. I could read a fine story and could even know how it was done, thanks to your training. Why could I not do it myself? Well, I couldn’t, and maybe it’s because no two stories dare be alike.

And, yet, despite his disillusionment, Steinbeck refused to give up. What was his secret that kept him pushing forward?

How Steinbeck Was Able to Write Through His Fears 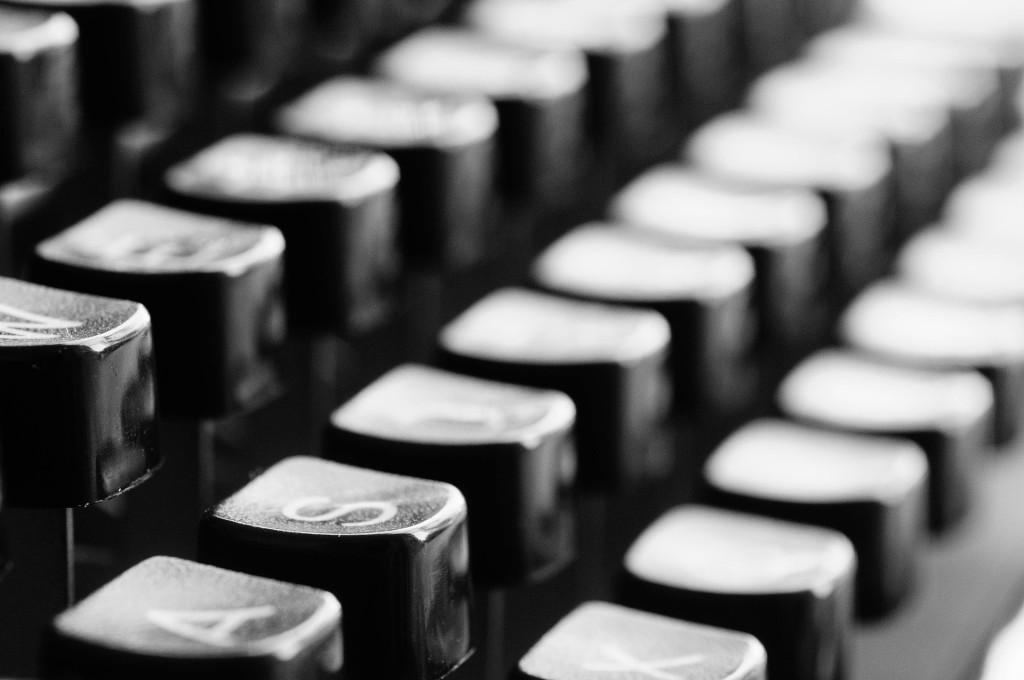 Steinbeck must have been tempted over the years to put away his typewriter and not write another line. The daily diary that he kept while working on The Grapes of Wrath reveals how agonizing it was for him to continue writing.

In one entry, he writes,

I am assailed with my own ignorance and inability…Sometimes, I seem to do a good little piece of work, but when it is done it slides into mediocrity…

My work is no good, I think – I’m desperately upset about it…I’m slipping. I’ve been slipping all my life.

But there was something that compelled him to keep coming back to his typewriter. In the letter to Mirrielees, he writes,

Over the years I have written a great many stories and I still don’t know how to go about it except to write it and take my chances.

If there is a magic in story writing, and I am convinced that there is, no one has ever been able to reduce it to a recipe that can be passed from one person to another. The formula seems to lie solely in the aching urge of the writer to convey something he feels important to the reader. If the writer has that urge, he may sometimes but by no means always find the way to do it.

Despite his fears, Steinbeck knew that he was called to be a writer. There was a passion deep within him that could only be satisfied by getting his thoughts down on paper. He knew that he had something valuable to say to his readers, and he wasn’t about to let his fears destroy him.

Did he have a special formula for overcoming those fears? Unfortunately not. He admits to Mirrielees,

It is not so very hard to judge a story after it is written, but after many years, to start a story still scares me to death.

So how did Steinbeck find a way to write through his fear? Steinbeck shares an invaluable piece of wisdom in his letter. He observes,

I will go so far as to say that the writer who is not scared is happily unaware of the remote and tantalizing majesty of the medium.

Essentially, his secret was this: he accepted his fears as an unavoidable part of his writing journey and eventually came to see them as validation that he was a serious writer.

What to Do When Fear Threatens to Sabotage Your Writing 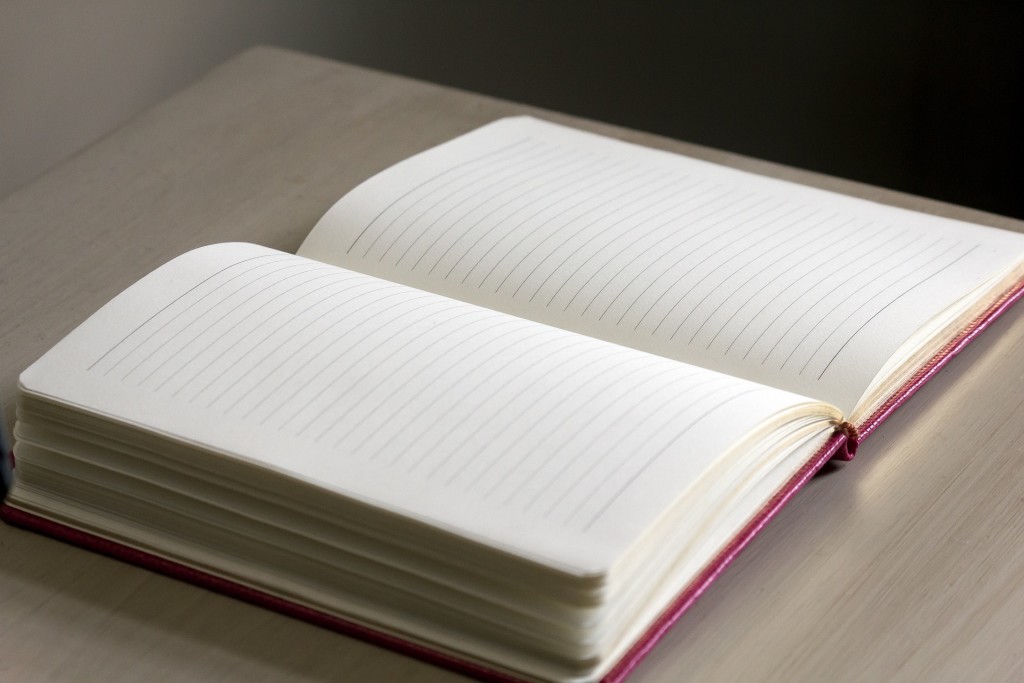 The novelist Steven Pressfield in his nonfiction book The War of Art writes,

Are you paralyzed with fear? That’s a good sign. Fear is good. Like self-doubt, fear is an indicator. Fear tells us what we have to do. Remember one rule of thumb: the more scared we are of a work or calling, the more sure we can be that we have to do it.

But don’t let those fears continue to paralyze you. Those fears are telling you that you need to roll up your sleeves and get to work. Like Steinbeck, we must continue writing if only to silence the critic who is ourselves.

Everyone’s fears are unique to their own situation and will require different methods to keep them in check.

Maybe you will find it encouraging to read about the lives of famous writers who have struggled with the same difficulties as you. Or perhaps like Steinbeck you will find a writing notebook helpful. Or maybe you will need to set a daily word count goal and find friends to keep you accountable.

In 1962, Steinbeck shared this advice for writing through fear in a letter to his friend Robert Wallsten,

Forget your generalized audience. In the first place, the nameless, faceless audience will scare you to death and in the second place, unlike the theater, it doesn’t exist. In writing, your audience is one single reader. I have found that sometimes it helps to pick out one person—a real person you know, or an imagined person and write to that one.

Whatever method you use, the most important step is to not let the fear stop you from getting started. Just begin and then refuse to quit.

As Steinbeck writes in the same letter to Wallsten,

Lose track of the 400 pages and write just one page for each day, it helps. Then when it gets finished, you are always surprised…Write freely and as rapidly as possible and throw the whole thing on paper. Never correct or rewrite until the whole thing is down. Rewrite in process is usually found to be an excuse for not going on. 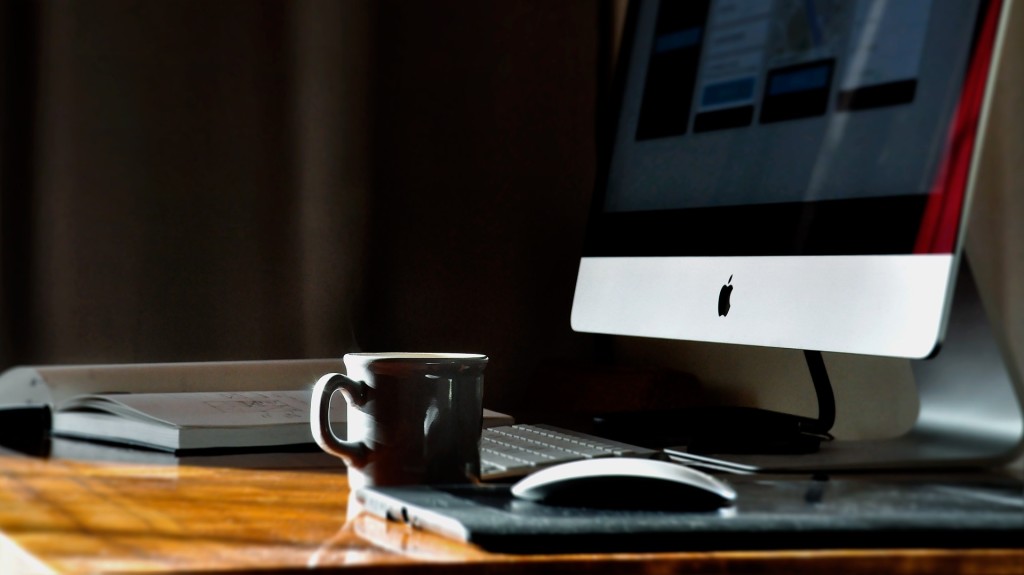 At the end of his letter to Mirrielees, Steinbeck reminds her of a final piece of writing advice she gave him when he decided he was going out into the world to try to be a writer. Steinbeck writes,

But surely you were right about one thing, Edith. It took a long time—a very long time. And it is still going on and it has never got easier. You told me it wouldn’t.

The writing journey requires much courage and fortitude. It is not for the faint of heart. But don’t become discouraged if you are overcome by fear and uncertainty.

It’s okay to be scared. It’s a normal part of the writing process, a rite of passage that every writer experiences.

If you find yourself asking yourself (and your friends), ‘Am I really a writer? Am I really an artist?’ chances are you are. The counterfeit innovator is wildly self-confident. The real one is scared to death.

Fear is proof you are on the right path, proof that you care about your readers, proof that you will keep pushing yourself to improve your craft, proof that you are doing something truly brave. You are willing to spill your heart out on paper and let others judge your work.

If Steinbeck had run from his fear, the world would have lost out on his towering literary contributions. The same is true for you. You have a story that only you can tell. Don’t let fear hold you back from sharing your voice with the world.

Ultimately, it is how you respond to fear that determines whether or not you will become a truly great writer.